You don't have any saved vehicles!

Look for this link on your favorites:

Once you've saved some vehicles, you can view them here at any time.

Welcome to Harley-Davidson of Glendale

“To assist our customers in making their Harley-Davidson motorcycling experience as fun and rewarding as possible by providing them with the best motorcycles, parts, accessories, apparel, and services in an efficient and timely manner.”

Harley-Davidson of Glendale is a locally owned and family operated dealership founded in 1976 by Oliver Shokouh. Oliver’s main goal was to find a way to share the true spirit and camaraderie within the motorcycle community; The idea that owning and riding a Harley-Davidson Motorcyle would enrich one’s life. In addition to the success of the dealership, Harley-Davidson of Glendale has spent energy supporting local and national charity organizations. In 1981, the first LOVE RIDE® took place, a fundraising event which promoted the positive aspects and goodwill in the motorcycle community. During the last 35 years, LOVE RIDE® participants have helped raise over $25 million for important local and national causes, including the Muscular Dystrophy Association, Wounded Warrior Project and the USO.

Family owned and operated since 1976, we are Southern California’s Premier Harley-Davidson Dealership. We are close to Downtown Los Angeles, Hollywood, and a short ride to Malibu and other coastal attractions. Offering the atmosphere of a neighborhood dealership with a full range of services; including the New and Pre-Owned motorcycles, Parts, Service, Motorclothes®, Riding Academy, and Motorcycle Rentals. Customer satisfaction is our top priority, our customers have been coming here for not just years – but decades.

Glendale Harley-Davidson, has been a recipient of many Harley-Davidson Motor Company Awards during our 42 year tenure. Our most current Award is a Gold Bar and Shield which represents our success in 2018 as a Top Ranking Dealership in Southern California.

A unique feature about our dealership was the annual LOVE RIDE® event. LOVE RIDE® event was started by Oliver Shokouh in 1984. It soon became an unequaled Southern California Motorcycle the largest one day motorcycle fundraising event in the world. While putting on a fevent andun event with many entertaining features, during its 32 years, the LOVE RIDE® raised more than 25 Million dollars for those less fortunate.

For more information to go www.loveride.org

BECOME PART OF THE HARLEY-DAVIDSON® FAMILY

You don't have any saved vehicles!

Look for this link on your favorites:

Once you've saved some vehicles, you can view them here at any time. 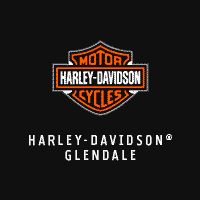